This website uses cookies
We use cookies to personalise content and ads, to provide social media features and to analyse our traffic. We also share information about your use of our site with our social media, advertising and analytics partners who may combine it with other information that you’ve provided to them or that they’ve collected from your use of their service. View our full privacy policy at https://findinggravity.com/privacy-policy/.

Why Praising Children Can Lead to Harm Before we get into the topic, let me give you a little bit of background on what I do and what led me to these insights.

The last seven or eight years I’ve been deeply involved in the educational space, primarily around medicine and medical entry. I work with bright students that are mostly between the ages of 15 to 22. Most of these students are high achievers and are performing within the top 10 or 20% of their peer group.

In the more recent few years, my focus has been towards increasing the overall study and life efficiency. I help students manage their time, stress and studies more effectively.

Students and parents come to me to help them make them academically excellent. Being in this position, I see clearly where the parent’s priorities are. I see how they interact and give feedback to their children.

In working with the students, I learn how they have been brought up, and what habits I need to break them out of.

In many instances, I work against the negative influence on learning that their parents embedded into them, almost always with the best intentions. This process can take months before we can start even working on the right techniques.

But here’s something about being a high achieving academic that many people don’t realise.

Academic achievement is a symptom. And underneath this are a range of causes that extend far beyond the classroom.

The Symptom of Academic Success

When I work with students in lower decile schools, there is a noticeable difference in the proportion of students achieving highly. This is obviously not an issue with inherent intelligence.

When all of these factors are in place, study techniques can be easily facilitated. Experimentation with study systems comes easily and without hesitation. A student can double triple or even quadruple their efficiency and matter of weeks.

When these factors are not in place, the exact same progress may take months or years with the same or even more intensive level of guidance.

When you look at this incredible range of different outcomes, working with students so intimately to help them improve, a few things start becoming blatantly apparent.

This is one of those things.

As is with life, a student’s ability to succeed academically depends heavily on their willingness to experiment and tolerate failure.

And this is where praise comes in.

Many of you will already know the concept of fixed versus growth mindset. For those that don’t, here’s a quick summary.

The fixed mindset says that the cards you are dealt with are all you have to work with. The person’s concept of who they are and what they’re capable of is relatively fixed.

Those with a fixed mindset will often say things like “I’m just not someone who can do xyz”, or “I’m not good enough to do that”.

A growth mindset is the opposite. The hand you are dealt with is simply where you start. The focus is on the process of adapting and overcoming challenges. Those of the growth mindset are more able to handle obstacles positively, without avoiding those things that make them uncomfortable.

Here is an excellent article by Maria Popova on the research of Carol Dweck for more.

But where do these mindsets come from?

Much like most personality traits, these mindsets are bred into us through our upbringing. As we learn about how to behave and how the world reacts to those behaviours as children, we develop certain cognitive habits that the coming decades of our life ultimately build on.

Like an arrow being loosed from a bow, a small deviation at the beginning can cause a large change in where the arrow lands.

So how does praise fit in?

The content below is modified from the article linked above.

Carol Dweck did a study with a group of four-year-olds. They could redo an easy puzzle or attempt a harder one.

…those with “fixed” mentality stayed on the safe side, choosing the easier puzzles that would affirm their existing ability, articulating to the researchers their belief that smart kids don’t make mistakes; those with the “growth” mindset thought it an odd choice… why anyone would want to do the same puzzle… if they aren’t learning anything new… The fixed-mindset kids wanted to make sure they succeeded in order to seem smart, whereas the growth-mindset ones wanted to stretch themselves, for their definition of success was about becoming smarter.

Those with a fixed mindset were engaged when hearing feedback that affirmed their current ability, but “tuned out information that could help them learn and improve. They even showed no interest in hearing the right answer when they had gotten a question wrong, because they had already filed it away in the failure category.”

The opposite result, as expected, was seen with growth mindset participants who demonstrated that “their priority was learning, not the binary trap of success and failure“.

In another study of hundreds of adolescents, Dweck gave them a series of questions and praised them on either their outcomes or their effort.

The ability praise pushed students right into the fixed mindset, and they showed all the signs of it, too: When we gave them a choice, they rejected a challenging new task that they could learn from. They didn’t want to do anything that could expose their flaws and call into question their talent.

In contrast, when students were praised for effort, 90 percent of them wanted the challenging new task that they could learn from.

When given even more challenging questions that meant the “ability-praised kids” didn’t achieve highly anymore, it affected their sense of self-esteem, while the “effort-praised kids” simple saw it as a sign to try harder.

Popova comments that “perhaps most importantly, the two mindsets also impacted the kids’ level of enjoyment — everyone enjoyed the first round of easier questions, which most kids got right, but as soon as the questions got more challenging, the ability-praised kids no longer had any fun, while the effort-praised ones not only still enjoyed the problems but even said that the more challenging, the more fun.”

But it doesn’t end here.

When the students were asked to give peer feedback and self-report their scores, the fixed-mindset students lied about their scores 40% of the time.

Just let that sink in.

I see this constantly

While the concept of fixed-mindset is often applied to underachievers who can’t get themselves out of a rut, it usually can be traced back to a childhood of relatively higher outcomes.

This is why so many people in this mindset say that they “peaked early”.

The students I work with are usually high achievers. These students often have years of being praised for getting good grades. Over time they have assigned themselves the identity of excellence.

An identity of excellence may seem like a good thing, but what if they start feeling that the outcome is a necessary part of who they are. What happens if they don’t get excellence?

Failure is inevitable. This is especially true when students are transitioning into domains of high competition.

Instead, students who are praised on the amount of effort, regardless of the outcome, are much more likely to adapt and overcome these failures. Not only are they able to maintain better mental health, but their raw academic outcomes often exceed students of the fixed mindset, particularly as time goes on.

Time and time again, I will see students and talk to parents there is such a focus on outcomes, without the parents even realising it.

Instead of “You worked so hard, well done!”

Many of the parents I speak to will vehemently deny that they only care about outcomes, yet the harshest punishment, the most obvious disappointment, the focus of the conversation, the target to be aimed for is almost always the outcomes.

Despite what you may claim, what do these actions tell us?

This is called a hypocrite.

As someone who works with students at the other end this upbringing, I can promise you that it makes a difference.

So next time you give praise, think about what you are reinforcing. You might be doing more damage than you realise.

If you’re a student, be wary of how you interpret it. If someone praises you on outcomes over effort, disregard it with a polite thanks. 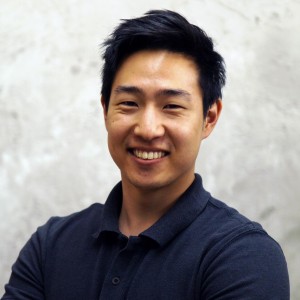 Dr Justin Sung is a former medical doctor who now works in education and social enterprise. He has guided thousands of individuals towards living and learning more efficiently for nearly 10 years and is the founder of Foster Our Future, JTT and Finding Gravity.

Tell Us Your Thoughts!

Dr Justin Sung is a former medical doctor who now works in education and social enterprise. He has guided thousands of individuals towards living and learning more efficiently for nearly 10 years and is the founder of Foster Our Future, JTT and Finding Gravity.
Facebook-f
Twitter
Youtube
Instagram
Linkedin How to Make Time Out of Nothing Why Hard Work is Not Good How Not to Support Your Teenage Child – The 2 Common Mistakes

We’ll send you emails about events, deals and content that we think might interest you. We hate spam just as much as you do (probably even more)!